It's Just Not Cricket 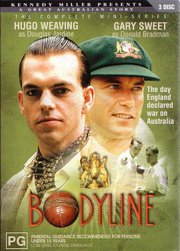 For the past three weeks, I've been on the promotional trail, doing my utmost to plug the new book. I made two trips to London and was interviewed by no less than six Japanese journalists, all of whom promised to write articles, though somewhat to my disappointment after two weeks only one has so far emerged. Now I await to see whether anything will show up in the coming weeks. (All of the journalists took copious photos, and one even took me in a taxi to the Soseki House in Clapham for a photo shoot so it would seem odd if none of this turns up in the Japanese press, but when it comes to one's fate at the hands of the press you simply never know...)

Anyway now I have returned to Japan for another round of promotional endeavours. To read about these matters and to be directed towards some of the various articles which have so far appeared about the book, please consult my latest post in Japanese which will bring you completely up-to-date.

Over on the English side of this site however, I want to talk about something else entirely. Interspersed with my forays to woo the Japanese press in London, I have been reading with interest the series of articles in the London Times commemorating the 75th anniversary of the notorious 1932-33 Bodyline tour of Australia by the English cricket team.

For anyone not familiar with the story let me briefly summarize. Every two years the Australians and the English compete over five tests for the Ashes, symbolized by a small urn supposedly containing the ashes of a bail and which refers to the match in 1882 in which Australia first defeated England at an English ground. (Though somewhat confusedly the urn never actually changes hands, but is kept in perpetuity at the Oval in London). Nevertheless this entirely metaphorical trophy is perhaps the most keenly fought over prize in the world of cricket, and as far as I can tell, despite the urn itself being kept in perpetuity in England, the metaphor has mainly been in the possession of the Australians.

Let's rewind to the early 1930's. The Aussies have an extraordinarily talented batsman called Don Bradman (pictured left) who is hitting the poor old English all over the place and hence they comfortably regain the metaphor in England in 1930. Not only that but everyone is saying how boring cricket is becoming (even those - amazingly - who didn't find it boring in the first place). The batsmen are entirely dominant and games seem to stretch on forever.

Imagine then you are the captain of the English team sent out on the boat to face the Aussies in 1932. Your country has already lost the last encounter. You are up against one of the most talented batsmen ever to have played in an era when bowlers struggle to assert themselves. And on top of all this, you are playing the Australians in their own backyard. How do your fancy your chances? 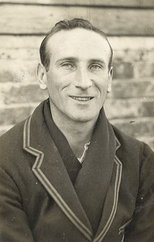 Step up then the English captain, Mr. Douglas Jardine (pictured right). What does he do? He realizes that the only chance the English team have is if they do something radical - they can't play the Aussies as they have before or they will thumped for six once again. So he devises an unprecedently aggressive form of bowling (called by Jardine 'fast leg theory' but quickly dubbed by the Aussie press 'bodyline') that aims the ball not at the wicket but close in at the body of the batsmen. The idea is that the batsmen will be unsettled by this and flick the ball for an easy catch, so Jardine surrounds the batsmen on the legside with catchers hovering like vultures to pick off the agonizing prey. 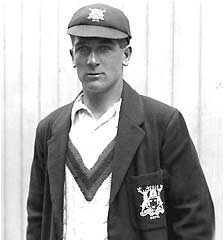 Moreover England have a fast bowler, Harold Larwood (pictured left), who is capable of putting the strategy into practise. The contrast between Larwood and Jardine could not be greater. Larwood is resolutely working class, a former miner; Jardine is a public school and Oxbridge educated. They congeal like an amazing combination of brawn and brains, brute strength and cunning.

It works. Even the magisterial Bradman fails to fully hit his stride and England win the series 4-1 and regain the metaphor. The Australians however scream foul play. It's just not cricket. It's unsportsmanlike behaviour, they protest. The series provokes unprecedented controversy. The world is turned on its head and the British Empire totters. Here are the English, supposedly the great civilizing nation, the home of sporting fair play, engaged in a contest with their 'rough-around-the-edges', 'uncivilized' dominion of Australia and yet it is the English who are perceived as the boorish cheats against the fair-minded, gentlemanly Australians. Worse, it is the time of the Great Depression and one of the few consolations the Australians have had against the terrible economic conditions of the era is Bradman's sporting prowess. How could the Mother Country do this to them!

Now you might think from my mentioning all this that I am quite interested in cricket and cricketing history. But in fact I have next to no interest in cricket. I find it - like most people - a monumentally boring game that only about once a decade rises to the level of brief watchability. Nevertheless the Bodyline series is a subject which greatly fascinates me for all sorts of reasons which entirely transcend cricket.

I asked my Aussie girlfriend the other night what she thought about the age-old Bodyline controversy. She gave a robustly patriotic response about dastardly Poms and their pathetic attempts to blunt the genius of 'The Don' (Bradman) by their unsportsmanlike tactics of aiming for the head. Call that cricket, mate?

Well, actually I couldn't care less about cricket, though the Tedious Game has impinged upon my life in various ways. At school, I happened to be in a class with three people who went on to become professional cricketers. One of them became captain of England (though strangely he is more etched in my mind for gobbing in my face during a French Exchange). You can imagine then the absurdity of our class going out to play cricket (a game designed to last for five days) during a 90 minute games lesson. I can't really recall, but I'm fairly sure I never got to bat, but lurked around the boundary plotting mischief.

What amazed me at school was how seriously this whole business of hitting a ball with a piece of seasoned timber was taken. In hushed assemblies we were told about the Under Something's weekend sporting achievements. So-and-so had scored 78 and someone else had bowled 3 for 26! "For ####'s sake, who cares?" I used to think as I contemplated world revolution, yet at my school the gnomic cricketers were regarded as second in importance only to Christ himself. Waste not your time having original ideas or perceiving the world in new ways or forging your own unique personality when you could be turning yourself into an automaton capable of consistently hitting a ball with a bat appeared to be the message. These days my former classmate has a pavilion named after him at the dear old school.

Anyway, I think you get the picture that I could hardly be less interested in cricket. My friend in Japan David Jack has a loft in his farmhouse full of cricketing books that are an entire mystery to me - why on earth would anyone find them of interest? But, like I say, the Bodyline series is fascinating to me for an entirely different reason.

In my view of things, Jardine is the quintessential Nietzschean Superman. Here is someone who dares to think what noone else thinks. There is an insuperable problem (Bradman) that only a tactician of genius can circumvent. It is war strategy at its boldest. But beyond that is the sheer nerve of Jardine to go through with his radical strategy. There is a hostile arena of outraged Australians hissing discontent; an Establishment back home worried about threats to the Empire: and mutiny within his own team. But he keeps on regardless.

There's an extraordinary moment early on in the third test where Larwood launches a ball that rises high and hits the Australian batsman near the heart. There's an outraged gasp from the crowd. Surely now Jardine will have to stop. 'Well bowled, Harold!', exclaims Jardine. That for me is perhaps the most memorable cricketing moment of the last century. You can't help admiring the sheer nerve of Jardine. It takes cricket out of the realm of The Tedious Game and transforms it into something different entirely, an intense, epic human drama. If Shakespeare or the Greek Dramatists were alive today, they would fashion a play about it. It turns the Ashes into The Trojan War with Larwood as Achilles, Bradman as Hector and Jardine as a magnificent Agamemnon.

In later years, apparently 'The Don' would never talk about the Bodyline series. If anyone mentioned it, he would scowl and the mood would turn sour. When Jardine died in 1958, he refused to offer any charitable comment. I can only conclude from this that Donald Bradman was a man who somehow convinced himself that his ability to hit a ball with a piece of wood was in the great scheme of things in any way important.

Even I, who cares so little about cricket, knows that the ferocious West Indian bowling of the 1980's was regarded as even more intimidating than Bodyline. And I'm also aware that the laws of cricket were changed after the Bodyline series to permit only two bouncers (high balls) an over and a restricted numbers of catchers on the legside of the wicket. But ultimately these are all just cricketing details for cricketing nerds.

The only reason I know - or remotely care - about Bradman - is because of the Bodyline series and his role in the epic drama that Jardine created. As a batsman, Bradman is as boring to me as all the other boring batsmen - English, Australian, Indian or West Indian - with their tedious statistics of runs and overs and occasional centuries. It is only when cricket, or any other sport, stops being the Tedious Game and surges to the level of Great World Drama, as a crucible of fascinating personalities caught up in a monumental conflict at a particular moment of historical time, that it can even remotely demand respect or attention.

More interesting to me is the connection between the general reaction against Jardine's ruthlessly efficient tactics and the subsequent general rise of appeasement in the 1930's. It was precisely because Britain turned its back on innovation and efficiency that the British Empire was so disastrously routed by the Axis Powers at the beginning of the Second World War. Doubtless Japanese dive bombing and surprise attacks would be regarded as dashedly 'unsporting' behaviour in the ensuing conflict, but the complacency and the conservatisim of the British Empire which lead directly to such disasters as the Fall of Singapore was to prove highly costly to British and Australian lives alike.

So I don't know about you, but on this 75th anniversary, I'm raising a glass to Douglas Jardine, one of the few men who managed to achieve the near impossible - to turn a game of cricket into something profoundly meaningful, memorable and exciting. Bodyline is far more than a mere sporting story, but rather a fascinating human drama, which like all great epics becomes a narrative which somehow defines an age.

(By the way for an Australian perspective please consult the comment of my Aussie girlfriend below)
Posted by Damian Flanagan at 01:42 2 comments: