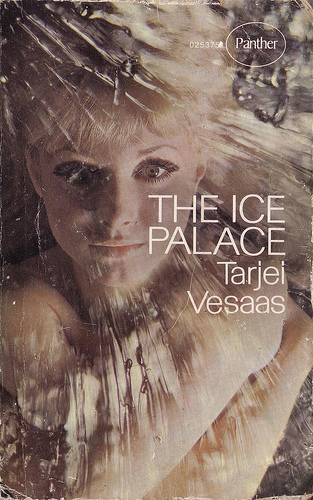 In the northern hemisphere we are approaching the coldest part of the year so I thought I might talk about a couple of favourite novels called 'The Ice Palace' and 'The Birds' by the great Norwegian author Tarjei Vesaas:

It is winter time in Norway. At the edge of a rural village a waterfall has frozen and been transformed into an ice palace, an awesome structure of icy caves and cliffs. In a classroom at the local school, there is a new arrival, an eleven-year-old girl called Unn. She is quiet and enigmatic and so she is regarded with suspicion by her new classmates. But suddenly she forms a mysterious bond with a popular girl called Siss.

Siss invites Unn to the home where she lives with her aunt. It is almost as if there is a kind of strange telepathy between the two girls and an immediate intimacy. Unn has a secret that she wishes to share with the other girl, but Siss begins to feel uncomfortable and leaves. They will never meet again. The following day, Unn sets out to the ice palace on her own and becomes lost inside it. Then the search for her begins...

The Ice Palace, the novel published in 1963 by Tarjei Vesaas, is a work like no other. Broodingly written in a beautiful prose that demonstrates a powerful economy with words, it explores a difficult and fascinating subject: the mindset of children on the edge of puberty. The children are presented not as immature minors, but rather in their own terms, as persons not yet dulled into set patterns of behaviour, and capable of sudden impulsive acts that conform to their own sense of logic. More so than adults they are intuitive and expressive and alive to the mysteries of the world around them. We feel exactly what it must be like to be eleven-year-old girls interacting with one another, but we also explore how one person can enter into another's consciousness like an eternal presence, whose physical disappearance will haunt her for the rest of her days.

Tarjei Vesaas was born in Vinje in Telemark, Norway, in 1897. His family were farmers who had lived in the same house for over 300 years, and a strong sense of place and age-old tradition are central to the setting in many of his novels. Vesaas attended a local folk school and then in the 1920s travelled abroad, mainly in Germany, before returning to live in his native region from 1927 onwards. His wife Halldis Vesaas was also a writer.

Themes such as psychological isolation, guilt and death frequently recur in Vesaas' works. His 1957 novel The Birds, for example, tells the story of a mentally handicapped 37-year-old man called Mattis. He lives with his sister Hege who is slightly older and looks after him. Mattis is constantly aware of being a burden on his sister, who tries to make ends meet by knitting sweaters and encourages her brother to go out and find some work. He begs for work on a neighbouring farm and is asked to help thinning out turnips, but is humiliated by his inability to do the work properly. 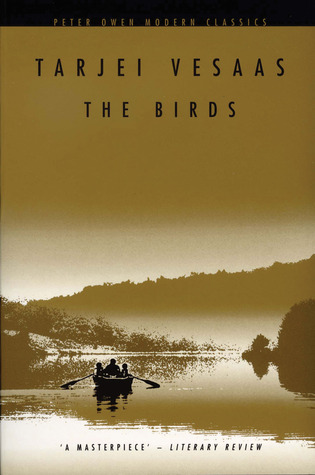 Vesaas depicts Mattis in such a way that we see that although he is incapable of doing many basic tasks, of even forming his own thoughts into intelligent conversation, he is by no means lacking in thoughts. He has an innate feeling for the natural world – and indeed it is a great theme of Vesaas that it is those who are isolated from the ordinary adult world like Unn in The Ice Palace and Mattis in The Birds who most vividly connect to the primeval forces of nature.

It is almost as if the people in the ordinary adult world have had their senses numbed by the round of work and social interaction. When a woodcock flies over Mattis' house, it is for him an event of great significance which is entirely incomprehensible to his sister. A local boy hearing about the woodcock comes and pointlessly shoots it – yet only Mattis perceives this as a great tragedy, an affront to the majesty and beauty of the natural world.

Both The Ice Palace and The Birds are full of dark and mysterious symbols. In The Birds two wilted aspen trees are referred to by the people in the village as Mattis-and-Hege, but though both brother and sister are aware of this, they try to keep this insulting information from the other. When lightning strikes and one of the trees falls, Mattis panics that this is a sign that one of them will soon die – but which one of them will it be?

Vesaas' stories are both beautiful and deceptively simple. Reading about the ice palace, for example, almost makes one wish to head up into the north of Norway to find one. It is as if there exists in the frozen wastes something pure and powerful and wonderful, which is solid and yet appears almost as a mirage and then suddenly melts and disappears. It seems a metaphor for the very process of life itself – we wander around a psychological palace with many chambers. But perhaps we are most alive to its power and majesty, its deepest mysteries, not when we are adults but rather in the far-off days of our childhood when everything was new, when we acted on instinct and experienced everything with fresh eyes. When it made just as much sense to wander off on one's own to explore a frozen waterfall as it did to sit in a class and learn everything second-hand and written down.
Posted by Damian Flanagan at 09:54 No comments: