I don't know whether you, dear reader, are a bit like me and log things you mean to get to sometime, though sometime can sometimes take quite some time. Quite a few years back I read a review of a revisionist history of the First World War on the Western Front called Mud, Blood and Poppycock, and logged it as something to read sometime. A few weeks back, as I was in an airport, waiting for a flight to Japan, I happened to come across it, and then spent the next week in Japan reading it.

Now I freely admit that the First World War is one of my obsessions. Anything about it absorbs my interest. For me it is the defining event of the modern world. It ended all the certainties of the civilization that preceded it and left the world in a deep state of trauma for at least 70 years afterwards. Why it happened, how it was conducted and what its consequences were are subjects that I find myself endlessly drawn back towards.

Yet despite having a great interest in the First World War, I must also admit that I don't really seem to have formed many firm opinions on the conduct of the war itself. As for the old chestnut of whether it really was a case of 'Lions led by Donkeys' or whether the generals have been maligned and did the best they could in the circumstances, in purely tactical and strategic terms, I don't really know.

Mud, Blood and Poppycock attempts to convince the reader that all the stereotypical depictions of the war as a campaign of 'endless, needless slaughter' are completely wrong and that nearly all the decisions taken - from Britain's decision to enter the conflict in the first place to the decision to attack on the Somme and Haig's insistence that the war could only be won on the Western Front - were all the right ones.

I learnt a great deal from this book and realised how much I too suffered from many of the common misapprehensions about what went on on the Western Front. Gordon Corrigan goes into great detail about how the British army was composed and what living conditions were actually like. He points out how the system of trenches worked, with front trenches, reserve trenches and support trenches, and how troops were regularly revolved around them and back to barracks behind the lines with few spending more than a few days in the front line every month. He explains how machine guns were set up on the front lines, not directly at the enemy to mow them down (as in popular depictions) but crossways in tandem with other machine guns to create impassable zones in No Man's Land. He points out how most troops were not killed by machine gun fire at all, but by rifle fire and, most of all, artillery. 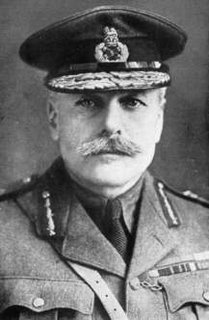 The book is a robust defence of the British commander Douglas Haig (pictured right) at the expense of his political boss David Lloyd-George, who is portrayed as meddling and dangerously fanciful in his endless quest to divert troops away from the Western front to find the 'soft underbelly' of the Central Powers in places such as Salonika in attempts to end the war quickly.

Although you learn a lot about the military realities of the First World War from this book and despite the fact that it is written by someone with military experience, it doesn't stop the book being completely wrong-headed.

Gordon Corrigan starts from the premise that the war needed to be fought by Britain because the Germans were overtly expansionist and if they had taken control of the channel ports, they would have cut off Britain's trade with the continent, thereby threatening the empire itself. In other words, to defend the interests of the British Empire, the war and all the enormous sacrifice involved was necessary. If you start off with this kind of nationalist perspective, this is the conclusion you might well reach.

But the point is - the British Empire was not worth defending. The British Empire was an evil that inspired yet more evil. It is absurd to accuse the Germans of being 'expansionist' when the whole history of the British Empire was about expansion. When the British seized India, went to war with China over the opium trade, invaded Sudan, grabbed the Boer Republics for their gold and diamonds, as well as a host of other indefensible imperial escapades, usually involving near-genocide and the massacres of tens of thousands, they were teaching the world that the road to being a 'great nation' lay in ruthless military force. For the British to then bleat about a lack of fair play when the Germans learnt this lesson and tried to build their own continental empire at the expense of the Russians and French was staggeringly deluded and only possible because a racist differentiation between white Europeans and non-white 'colonials' loomed large in the British psyche.

It's probably very true that if Britain had not entered the First World War, the Germans would have won and the British Empire would soon after have crumbled - but then good riddance to it. What was a travesty is that so many hundreds of thousands of young men's lives were given up in the defence of such an institution. If Britain herself had not been so rapaciously self-interested and set such an example for others and inspired their resentment, perhaps the war would have never happened in the first place.

As for Douglas Haig and the other generals, well, I'm not military expert and so I can't say whether they were blundering fools still dreaming of cavalry charges in an age of tanks, barbed wire and machine guns or whether they did their job well given that enormous casualties were inevitable once such formidable opponents went to war. (In Norman Stone's recent short book on the First World War, Haig is described as 'Scotland's greatest general - because he killed more Englishmen than any other'). But you can't help thinking that first of all, it really could not have been any worse, could it? I mean, defeat sounds like a better option than victory at this price. And secondly, how is it that Haig and the others kept on going through all the enormous bloodshed. Did something within them not tell them that the war must be stopped - now.

But far from it, the generals clamped down on any displays of decent human feelings. The famous Christmas truce of 1914 when football was played in No Man's Land was not repeated in any subsequent year. The generals wouldn't tolerate it. 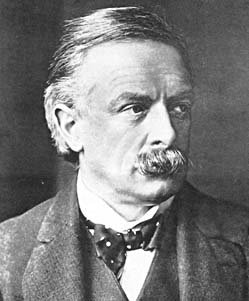 And what of Lloyd George? To my mind, Lloyd George (pictured left) is also something of a villain for introducing universal male conscription in 1916 - the first time this had ever been done in British history. If volunteers, caught up in the frenzy of 'war fever', wanted to give up their lives for 'King and Country', then sadly so be it. But there was no excuse for forcing conscription on the entire male population. All Lloyd George too cared about was the victory of the Empire (though a delayed post-war trauma ambushed Lloyd-George in the end.)

In my opinion, all of the political and military leaders on both sides in the First World War - the Kaiser, the King, Lloyd-George, Bethman Hollwegg, Haig, Foch, Petain, Falkenhayn, Hindenburg, Luddendorf and many others - should all have been arrested and tried at the end of the war. All of them were war criminals and the tragedy is that they all got away with it.

Another English historian, Richard Holmes - who likes to stalk around with a bushy mustache like someone escaped from the Victorian era - would have us believe that the war on the Western Front was more a tale of heroism than folly. It was nothing of the sort. The whole thing was exactly as David Lean summed such conflicts in Bridge On The River Kwai: Madness, Sheer Madness.
Posted by Damian Flanagan at 04:44 No comments: