There's a little shop run by a Pakistani gentleman close to the house where I used to live in England. I was in there earlier in the year and observing the rows of half-empty shelves, casually asked whether he was perhaps closing down soon.

And sure enough, soon after he opened up another shop a couple of doors down.

So it is with this blog site. My devotees may have noted the empty months of silence and erroneously concluded the end was nigh, but actually, fear not, we're just getting warmed up. Yes, we're expanding. In fact there are all sorts of developments planned in the coming months.

The year so far has been something of a wipe out on the blogging front due to a triple whammy of interlinked events. Firstly I was very busy supervising the building work on my new house in England, which from start to finish took a full year. I had imagined that the building work would be tricky and time consuming, but what I hadn't quite realised is how consuming the finishing touches are.

For months it seemed as if my life was overwhelmed with decisions about paint colours, tiles, floorings, endless pieces of furniture, light fixtures, curtains, shutters, blinds, bathroom furniture, kitchen appliances and so on and so on. All very excruciating, but the final result I am relieved to report is most pleasing. 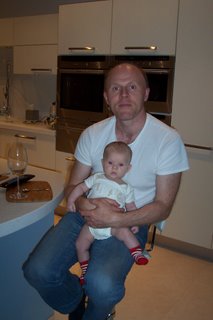 Then of course there was all the business of moving - which is a trauma all of its own - and finally the small matter of the birth of my first child at the end of May. Here is a picture of me with the little lad in the new kitchen.

Fear not, dear readers, the trials and tribulations of builders, movers and parenthood have not diverted me from making some progress with a few book projects I currently have in the pipeline.

For one of these, as mentioned a few times on previous blogs, I have been delving a little bit into a variety of the world's great but relatively unknown (in the West at least) literature. I've been ploughing on with Arabic literature (which is where I think you left me back in January) and got considerably side-tracked by the whole Orientalist debate. Impressed by Robert Irwin's excellent Penguin Anthology of Arabic Literature, I was persuaded to read his more recent tome For Lust of Knowing: The Orientalists and Their Enemies, which I'm afraid to report is an enormous disappointment, very dull to read (despite the lives of the various Arabists discussed being intrinsically fascinating).

The book is basically a nitpicking and ultimately futile rebuttal of Edward Said's Orientalism and doesn't really make any sense unless you have read that book, so I thought I should better do so. Having gone in the course of two books by Robert Irwin from thinking he was the bee's knees to thinking he needed a good talking to, I approached Orientalism with a feeling not of antipathy but rather of complete good will. And for about 30 pages, I enjoyed it, but boy, how it goes on. The central argument of Orientalism - that the West has tended to castigate the East as a mysterious 'other', strip it of its common humanity and impose upon it racial stereotypes - is entirely correct. 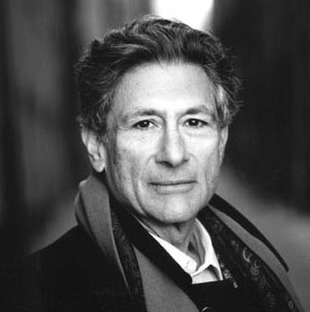 Indeed it could be considerably expanded not just from the domain of Arabic studies (which is mainly what Said writes about) but to many aspects of the West's interaction with the countries of Asia - China, Japan, India for example - and indeed many other parts of the world besides. But the whole argument requires at most 50 pages. Somehow or other, Said (pictured right) manages to string it out in one torturously boring, pompous and verbose page after another over some 300-odd pages. The most extraordinary thing is that this book has been translated into over 30 languages. How I pity the poor translators.

Anyway my belated conclusion on the whole Orientalism debate is that it's the academic equivalent of the Iran-Iraq war. What on earth are these guys all fighting about? All I can say is this: Robert Irwin would have been a lot better off devoting his energies to producing a readable guide to modern Arabic literature - something which is desperately needed.

For myself, I've been happily munching my way through the novels of Naguib Mahfouz, plus the recent bestseller The Yacoubian Building. I also got rather distracted by reading various things on central Asia such as Justin Marozzi's entertaining book on Tamerlane and am currently reading William Dalrymple's The Last Mughal.

But it's a bit of a literary war on various fronts. I've been dipping my toes into Hungarian literature by reading Len Rix's excellent translation of Antal Szerb's Journey by Moonlight (Len Rix is incidentally an erstwhile English teacher of mine) and my breakfast reading is the monumental and magnificent A Man Without Qualities by Robert Musil. 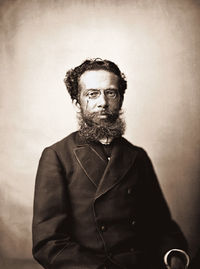 And switching continent yet again, I've also very much enjoyed getting to grips with a bit of Brazilian literature in the form of the classic Dom Casmurro by Joaquim Maria Machado de Assis (pictured left). In fact this book was the inaugural read of a book group I recently formed here in England and with whom I am hoping to tackle a variety of world classics.

There's quite a few things I've been meaning to catch up with on the blogging front however - in English and Japanese. So to make up for months of indolence, I'm hereby committing myself to a fortnightly blog in one language or another. Let's see how far I get...
Posted by Damian Flanagan at 22:48 No comments: