Freedom and the Middle East 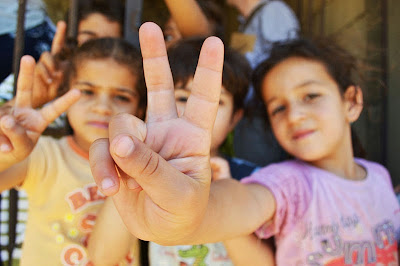 
It's said that in the last days of the Third Reich, Hitler and Goebbels nestled down in the bunker and, as the walls shuddered around them, thumbed through an edition of Carlyle's biography of Fredrick the Great. Hitler took solace from the fact that the King of Prussia had once found himself in a hopeless position, holed up in a ruined palace in Breslau, with the armies of the world around him, but had been miraculously saved by his enemies turning one upon the other. Might this not happen again? When the advancing Western allies met the Soviets might they not too turn upon one another and allow the Reich to be saved?

Hitler may have seemed extraordinarily delusional, but if you examine what is currently going on in Syria, you soon see that such outcomes are by no means impossible. Two years ago, who would have given President Assad and his crumbling regime a chance of surviving given the grand alliance marshalled against him? The US, Israel, Turkey, Britain, France and others were all united against him and the Syrian rebels found huge numbers of arms being provided for their use. Only the Russians stood by the beleaguered president, whose grisly end, in the manner of Gaddafi, seemed only a matter of time.

But now, in a veritable Frederick the Great-style turnaround, the Grand Coalition is attacking the very rebels it once so eagerly armed. Debate rages as to whether the alliance should also still be attacking Assad (but would this not, some claim, create a huge political void that more religious extremists would quickly fill?). Assad was once portrayed as the butcher of the Syrian people, a modern day Hitler. Now attacking his regime seems like an enormous mistake, a pandering to the Israeli obsession with the Hezbollah-Assad-Iran alliance arrayed against it, that has created infinitely more trouble than if Assad had simply been left in place.

On the day of the 9-11 attacks on the Twin Towers, when the British Government got word that the perpetrator was a group called 'Al-Qaeda', it seems everyone looked at one another with a blank face. Eventually someone was dispatched to Waterstones in Trafalgar Square to buy a book on the Middle East to find out who exactly this 'Al-Qaeda' were. How times have changed. These days, you would need a PhD in Terrorist Studies to keep up with it all. There is ISIS (or IS or ISIL) of course, a breakaway reconfiguration of Al-Qaeda in Iraq. Then there is Al-Nusra, the Al-Qaeda affiliate in Syria, who were at loggerheads with both ISIS and Hezbollah, though they may now have patched things up with ISIS as both groups are being bombed by the Grand Alliance. There may be another group called Khorasan, who might be about to launch an attack on the West - though this group might not exist at all and may just be a wing of al-Nusra. Turkey does not like ISIS, but fears the Kurdish PKK more, and so will not provides arms or support for the Kurds to attack ISIS lest the PKK gain in strength. Confused? You will be.

In the midst of all this, there is supposedly the 'Free Syria Army', though some people claim this doesn't even exist any more (assuming it actually existed in the first place). It's a shame that this is the army which, in the midst of the melee, we are all hoping will win.

Whatever else you can say about the mess which currently exists in Syria and Iraq, there seems little doubt that even in the miraculous event that a 'Free Syria Army' should prove triumphant, what will emerge will not be a 'Free Syria'. Foreign powers will be pulling the strings. But then 'freeing Syria' was never the point. The intention was simply to make Syria more compliant and complicit.

What's currently going on in Syria and Iraq is actually a textbook example of what has been going on in the Middle East over the last century. There is a choice between secular dictatorship on the one hand and frenzied theocracy on the other - there seems to be no space whatsoever for secular democracy. Faced with the threat of militarized theocracy, Western governments - concerned about oil supplies and Israel's security - invariably plump for propping up secular dictators, doling out billions of dollars of military aid, just so long as they keep their peoples acquiescent. Meanwhile all types of compliments are dispensed to the virtues of 'moderate Islam', encouraging the mullahs to support the system and keep the extremists in check. 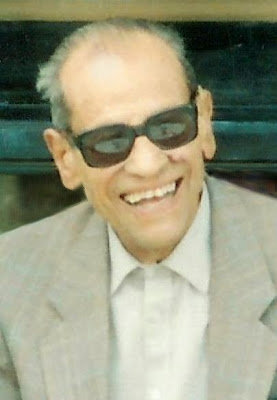 who wrote some 34 novels over a career spanning seven decades was once asked to define what his life's work was all about. 'Freedom', he answered, bringing it all down to a single word. What exactly did 'freedom' mean? Two things. Firstly, freedom from foreign control. Mahfouz's novels span the five millennia of Egyptian history and tell the story of the Egyptian struggle to regain control of their own land from Hyksos invaders in the 16th century BC down to modern history and the attempts to throw off the shackles of the Turks, the British and the Americans. The story of the twentieth century, which Mahfouz so adeptly describes, is repeated national revolutions designed to wrest the nation from quasi-colonial control, only to discover that every time the colonial overlords crept back in. Egyptians youths laid down their lives in the 1919 Revolution to remove the British, but discovered that the British were still surreptitiously running things in the 1920s. Nasser's 1952 revolution did not bring true liberation either. And we all know what happened in the aftermath of the 'Arab Spring' of 2011. After the inevitable lurch towards the Moslem Brotherhood, it was back to business as usual with a secular dictatorship supported by hefty American military aid.

For Mahfouz though, 'freedom' meant not just liberation from foreign control, but liberation from the oppressions of religion too - and for him personally, this was by far the more dangerous path to attempt to pursue. In his masterly religious allegory, Children of the Alley, Mahfouz provides an incisive account of the development of religious faith from Adam to Moses and from Jesus to Mohammed. Throughout history, people were looking for liberation from their oppressors, whether Moses leading his people out of captivity or Jesus resisting the oppressions of the Romans. In many ways, Jesus is the key figure. He is the great prophet and hero of the downtrodden, but the crunch is that Jesus is brutally murdered. Where do you take the struggle for freedom to from there? In Mahfouz's telling, there were two options. The Christians come along and invent a myth that Jesus didn't actually die at all, but was resurrected and saved us all. Or you take the Muslim path that, yes, he was murdered and sadly that's where meekness gets you in this world, so next time around you had better make sure that your campaign for liberation comes armed - we have entered the age of 'Mohammed and the sword'.

Children of the Alley is an extremely perceptive and sympathetic account of the reasons for Islam's success, but it doesn't stop there - how could it? It also introduces us to a modern world of science, of atomic bombs and the Theory of Evolution, a world where the word on the street is that God is Dead.

The thanks that Mahfouz got for writing this masterpiece about the quest for human freedom was to see his book banned throughout the Arab world and, after The Satanic Verses controversy later flared up tensions, he was attacked by an Islamic fanatic who, incited by the mullahs, plunged a dagger in his neck. Mahfouz narrowly survived. Bizarrely what troubled the mullahs was not the implication at the end of the book that God is Dead, but some of the minutiae concerning the life of Mohammed, which for all but Islamic scholars would be unlikely to be even noticed.

After all the controversy Mahfouz not surprisingly kept religion at a respectful distance in his writings. He still claimed he was a Moslem (he would, wouldn't he?), but the Islam that engaged his interest tended to be Sufism, the mystical wing of Islam, an area where contemplation of the 'oneness' of things was all. When you get this far away from dogma and organized religion, the barriers between 'spirituality' and enlightened atheism become indistinct.

For Mahfouz - so far the only winner of the Nobel Prize for Literature in the Arab World - the struggle against foreign colonialism and religious dogma represented the central narrative of five millennia of Egyptian history. The same could be said to be true of virtually every country in the Middle East. One could become depressed at the inability of the Arab World to shake off the endless cycle of vastly corrupt dictators and fanatical theocrats. And yet there is another way of looking at the equation. Firstly, Mahfouz understood that attempts at foreign control are only ever transitory: world powers wax and wane but the true Egypt flows on like the Nile eternally.

Secondly, Mahfouz saw that it is not the ultimate fate of the Middle East to be merely 'Muslim countries'. Being Egyptian meant being heir to the first great civilization in the world, to being connected to three millennia of civilization before Islam had even been invented. The same is true of all the countries of the Middle East. Syria and Iraq have a vastly greater cultural hinterland beyond the fathoming of shrill-voiced fanatics calling for a new caliphate as if history began in the seventh century.

As Europe was liberated from the shackles of religion and absolute monarchy by an enlightenment that harked back to a pre-Christian classical age, for me true freedom for the Middle East will only come when a dogged commitment to secular education lifts the shroud of religion and reveals the possibilities of a technologically sophisticated future lit by the glories of a classical past.
Posted by Damian Flanagan at 12:40