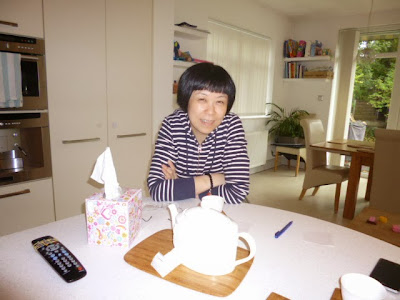 The other week we had the pleasure of a visit to Flanagan Towers by the Hong Kong-based documentary film maker Louisa Wei (pictured above), ahead of the British premiere of her new film Golden Gate Girls. Louisa will always hold a special place in my affections for her gift of the bust of the famous Chinese writer Lu Xun which holds pride of place in my little exotica room (aka The Raj Room) in England, as well as for sterling efforts single-handedly translating into Chinese my partner Karen's book Pre-animate.
Louisa proved herself the perfect house guest - invisible for large stretches of the day, then suddenly effervescent and stimulating at meal times and splendid in her ability to cope with my rampaging one-year-old daughter when left home alone. Inevitably however the climax of the week came with the screening of her film at Manchester's Cornerhouse Arts Cinema followed by a director's Q and A with the audience.
I must admit to being a little sheepish beforehand as documentary films on Chinese subjects, particularly when made by the Chinese themselves, can in my experience have difficulty straddling the cultural divide and leave you longing for a bit of Hollywood dumbing down. Would I be nodding off fifteen minutes in as the Cantonese came flying at me thick at fast? 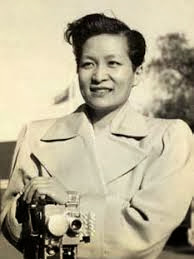 I need not have worried as Golden Gate Girls turned out to be a supremely charming and serene, not to say fascinating, experience. The film tells of Louisa's pursuit of the now mostly forgotten pioneering female film director Esther Eng (pictured left) in the Hollywood of the 1930s and 1940s. Eng - a flamboyant, stylish lesbian - made exclusively Cantonese films for the Cantonese community in America and China before eventually abandoning film altogether and reinventing herself as a doyen of Chinese restauranteurs in New York before her untimely death at the age of 55 in 1970.
This was the story of a world within a world, the self-encapsulating cosmos of the Chinese cast adrift in the ocean of American culture. From this thread, so many intriguing sub-plots fanned out that it was difficult to contain one's interest. There was for example the extraordinary story of the celluloid depiction of the Chinese as a whole in 1930s Hollywood - a place where a ban on any depiction of mixed race marriages meant that the casting of Paul Muni as the Chinese lead in Pearl Buck's The Good Earth (1937) prevented the casting of an American-Chinese actress like the bewitching Anna May Wong (pictured below right) to play opposite him with the part going to the German actress Luise Rainer instead (who subsequently won the Oscar for it). The hapless Wong meanwhile was left instead to play only stereotypical, demeaning roles that caused her to be roundly hated back home in China. 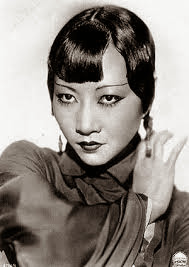 Being Chinese in 1930s Hollywood was clearly a tough gig, and a woman becoming a movie director a mountain to climb, so how did Esther manage it? We followed Louisa from San Francisco to Hong Kong, Hawaii and New York in her pursuit of the answer.
In the Q and A after the film, Louisa remarked that critiques of the film following initial screenings in Hong Kong and elsewhere had depended on the perspectives of the people watching it. Feminists wanted more focus on the story of pioneering female film directors in Hollywood (fair enough, an intriguing subject); others wanted a more personal, human story and encouraged Louisa to go back and put more of herself into the film.
Was it ultimately a story of feminism or gay rights, or the tale of one community trapped inside another searching for a voice?
For me, some of the film's seemingly incidental details were the most arresting. The film is for example accompanied by a most wonderful jazz soundtrack, which not only pulls the subject matter back from an exclusively 'Chinese' context, but anchors it, like the film Chinatown, in the world of 1930s America, while constantly hinting at other communities - such as the African Americans - who were also finding their voices in their own world within a world.
Then there is the extraordinary detail that the baby 'girl' who features in Esther Eng's final film was in fact none other than an infant Bruce Lee. Was this an extraneous detail that could be cut? Absolutely not. For it spoke of the means by which the world of Cantonese film would eventually come kicking and screaming its way into a Western consciousness.
In the end, Hollywood royalty started paying patronage to Esther Eng's eponymous restaurant in New York, which even featured on the cover of the first Madonna album.
If Hollywood is important in twentieth century history as the powerful engine for the universalization of American culture, then here is the story of a sealed-off, exotic pocket of the dream factories. The means by which that hermetic culture broke free and flowed into the current of world culture is for me not just the main narrative drive of Golden Gate Girls, but one of the most fascinating, unfolding stories of our age.
Posted by Damian Flanagan at 00:31 No comments: