The Joys of Norwich 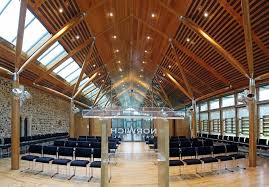 At the Sainsbury Institute in Norwich on Thursday night. After delivering my talk on Yukio Mishima in the fabulous location of the cathedral hostry (pictured above), I took some questions from the floor. The first hand raised began as follows:

How many people in the world can preface a question in such a way? The person asking the question was the poet and critic Anthony Thwaite - 85 years young - who regaled me at the reception afterwards with stories such as the time that Mishima asked him to recommend a 'gay gymnasium' in London. Unfortunately back in the early 1960s Anthony had absolutely no idea what the word 'gay' meant...

Many thanks to everyone at the Sainsbury Institute for a wonderful evening. The beautiful, medieval town of Norwich itself is a veritable delight to visit.
Posted by Damian Flanagan at 17:54 No comments:

John Nathan's Extraordinary Life in Japan and Beyond 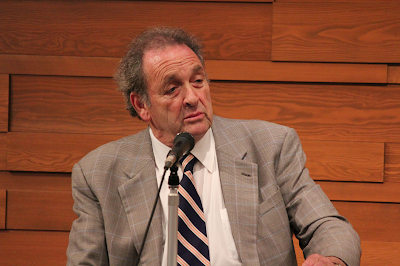 I recently interviewed John Nathan (pictured above), erstwhile associate of famous Japanese writers such as Yukio Mishima, Kenzaburo Oe and Kobo Abe. John has had an extraordinary life that has encompassed not only being a top-class translator, biographer, novelist and memoirist but also somehow found time for him to direct and produce films, write a book on the Sony Corporation and hold down professorships at Princeton and the University of California.

These days John is taking things easy by writing a biography of Natsume Soseki, the most celebrated Japanese writer of the modern age.

You can read the interview on the Asahi Japan Watch website by clicking the link below:

Japan and the Nobel Prize for Literature

Following on from my piece in The Japan Times two weeks ago on 'Mishima, Murakami and the Elusive Nobel Prize' (see previous post), you can read the latest articles in my series on Japan and the battle for the Nobel Prize for Literature.

In Part Two, I discussed with John Nathan - translator of the novels of Yukio Mishima and Kenzaburo Oe - both the winners and losers of the prize amongst the great Japanese writers of the last half century. To read, please click the link below:

In Part Three, I considered the case of the great novelist Shusaku Endo, whom many felt should have won in 1994. Will Martin Scorsese's new film of Endo's masterpiece Silence bring the international recognition the Nobel Prize Committee failed to do? To read more, click the link below:

My thanks to publisher Peter Owen for allowing us to use the 1981 picture of Endo in this piece - the first time this picture has ever been made public.
Posted by Damian Flanagan at 12:35 No comments: