12 Books to See the UK Through Brexit

Albeit that the recent UK General Election has now delivered a "strong and stable government", it's going to be a long 2 year slog through the Brexit process which formally began today.

It's going to be 1940 all over again: Britain alone, clinging on valiantly against the odds, facing the combined might of the Continent. We will fret whether we are going to survive at all, but secretly we will be rejoicing at having a chance of another long-overdue "finest hour" to triumph over the doom-sayers.

We are going to need to have some fine reads by our side to keep our peckers up and keep Britannia safe and sound. Here are my 12 essential reads to see us through. 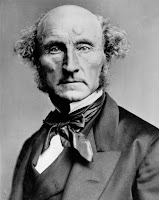 Listen Frau Merkel and Monsieur Macron, when Mill (pictured left) wrote this eternal paean to freedom, Bismarck was cranking up his political career in Prussia and the French Second Empire was yet to collapse into the chaos of the failed revolution of the 1871 Paris Commune. Mill preferred a more gentle, quintessentially British approach to liberty - not something to be attempted in fits and starts, but something that infuses the whole culture of the land and its people. Wave a copy with pride and send one to Herr Juncker.

We fought for European freedom on the battlefields of the Somme and Passchendaele and look what thanks we got...Robert Graves called it right in 1929. We're disillusioned with getting embroiled in the continent and we'll happily give up residency rights - just so long as we can retire on Mallorca and all the other sweet Mediterranean islands.

Orwell had it precisely: Britain should never have been part of "Eurasia" and always belonged to "Oceania". We were always going to get back to the open sea...Now we are out of the way, the EU can get on with a stream-lined supranational state with an unquestioned Big Brother president. Let's have a double think about sex crimes though.

Joseph K wakes up one morning and finds himself threatened with a gruelling legal process. He bitterly grumbles about it, and yet races obediently to the court hearing though not even summoned....Joseph, why don't you just tell them all to take a flying leap? The trial exists not so much in reality as in Joseph K's own obeisant mind...No deal better than a bad deal? You better believe it.

OK, so Hardy Country can be excruciatingly tedious and lead you fumbling for your passport and the next flight to the continent. But hey, there's something comforting about all those rolling green fields and timeless English ways. Grim and occasionally depressing? Sure, but in a comforting British sort of grumbling, miserable way.

Who even cares if we don't get a trade deal? We've got all the stuff the French want anyway. If we can't sell them our Scottish whisky, we can drink it all ourselves. How wonderful would that be?

You think the negotiations are going to be difficult and that we are going to have to hold our nerve? Thankfully we have just the man for the job. Just make sure his martini is very cold and very strong. It's Bond against Le Chiffre: stylish courage pitted against underhand bureaucracy. Just hold on to your vital parts if they sit you down in a chair with the seat cut out...

Mary Shelley could see it all coming when she jotted down this Gothic horror by a lake in Switzerland 200 years ago. Stitch together a lot of discarded limbs of European states and pump some political currents through them and this is what you get: a rampaging EU monster that is going to take some stopping. We should perhaps try and arrange the Brexit negotiations near the North Pole and lure the EU team into the icy wilderness.

Let's not get carried away. Conrad meant the title of this book ironically (he was one of those Polish migrants turned British gent after all). But still we need something to give us a bit of vim and remind us of the glorious British Empire and trade routes throughout the world, before we got hung up on this whole European project. Did someone say "Robinson Crusoe"? Never heard of it. 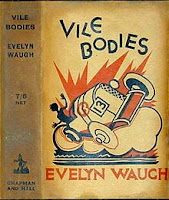 Whatever happens we have to retain our sense of humour. After all, we don't actually make anything any more. We just do the finance, make costume dramas and export comedians. We have to make sure that they don't put import tariffs on comedy or we are sunk. If all else fails we must flatter them in such a cunning, idiosyncratically British way that they don't even grasp that we are are having a hilarious joke at their expense.

Why is Mexico and and its people so very different to its neighbour the United States, Paz (pictured left) pondered. Hmm, because they have different cultural influences and histories, he concludes. But that's fine. Solitude is the new cool. Soon everyone will want it and Britain will be the go-to minotaur in the labyrinth.

You've done the crime, now do the time. Why did you murder that kindly old lady who never listened to a word you said and bossed you about anyway? You crazy, crazy people. Get down on your knees and repent. We need the whole world to see that the EU does not take expressions of autonomy and individualism lying down.

Posted by Damian Flanagan at 22:02 No comments: