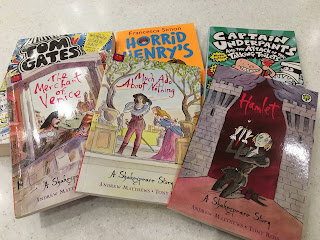 We hear a lot about the decline of traditional education, but my 10-year-old son knows all about MacBeth and The Merchant of Venice and has talked so much recently about Hamlet that his 8-year-old sister started getting into it too.

Precocious brats? Not at all. They have not of course read Shakespeare’s plays, they’ve just read children’s adaptations of them, which tell the stories in easy reading children’s vocabulary (retold by Andrew Matthews, illustrated by Tony Ross). Some might see that as dumbing down, but I see it as a brilliant leap forward. In fact it may well be the most important education about Shakespeare they ever receive.

I was about 12 when I first slow-read in class at school a Shakespeare play - MacBeth. In fact I can’t quite remember now whether we read all of it or just bits of it. 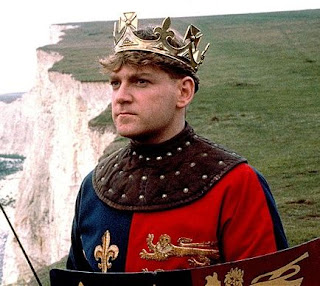 I do know that when I was 15, I read at school the whole of Henry V and loved it. To this day, I can recite with gusto the entire Chorus soliloquy that opens Act 1. Our class at school were even lucky enough to be taken to Stratford to watch a youthful Kenneth Branagh (pictured right) performing the lead role.

I should say that this imbued in me with a lifelong love of Shakespeare, the majesty of his poetry pulsing through me, but actually things played out differently. I opted for all science A Levels, wallowed in equations and formulae, and came into contact with no other Shakespeare.

I might have read for pleasure Don Quixote, Thackeray and Hemingway, but whenever some Shakespearian reference cropped up, I can still recall my sense of ignorance.

Once, a maths teacher made some reference to Desdemona and asked us what play he was referring to? I ventured, “King Lear?” Or, another time, in my first year at university I can remember some arts student made a joke that referred to Hamlet in some way and my laughing along, without a clue as to what he was talking about.

But who cares if you don’t know about these things? In the film of Willy Russell’s play Educating Rita, he has some ghastly pretentious arts pseud say to the gullible Rita, “Wouldn’t you just DIE without Mahler?” Isn’t the same true of Shakespeare? Would we die without Shakespeare? Most of the world gets on without him just fine.

Yet what redolently stays in my memory as a youth is not only my embarrassment about not understanding all these Shakespeare references, but how it affected my confidence as a whole. I felt in some way not properly educated and slightly intimidated by artsy others.

An important point to consider is not so much whether reading Shakespeare is going to propel you forward, but whether general ignorance about him and all the myriad cultural references to him holds you back. Rather than going on about Shakespeare enriching your life, maybe we should think more about the way he excludes and dare I say oppresses people?

As it happens, at the belated age of 21, I switched my university speciality to English and finally caught up on all the reading I’d missed. During the next two years, I systematically read, watched or listened to every single one of Shakespeare’s plays. Finally I could banish my Shakespeare hang up.

I love Shakespeare and I never tire of revisiting his works and feel fantastically inspired and stimulated by them. I enthusiastically recommend them to one and all. But they are not for everyone or even perhaps a majority of people. 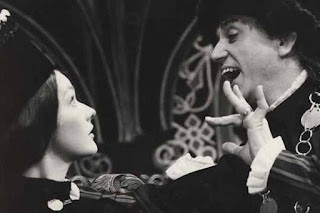 I would hate those people to go through life feeling somehow excluded and inferior because of it. When they recently showed Ken Dodd as Malvolio (pictured left) in his garters, or you see Al Pacino as Shylock or kabuki versions of Hamlet, there must be a lot of people who just zone out and shy away.

But actually to stop feeling excluded, they don’t have to read the plays, they simply need to be briefly acquainted with the plots.

It might be that my kids will later go on to get the Shakespeare bug and be thrilled to read and watch all the plays. But it might equally be that iambic pentameter is not their thing. But whichever way, they are certainly not going to be nonplussed about these things in the way that I was.

At age 10, Hamlet and MacBeth is already old hat for my son. Bring on King Lear and Othello and As You Like It. They’ll be competing against Asterix and the Normans, Tom Gates, Captain Underpants and Harry Potter. It’s not exactly canonical reading: it has to entertain with a cracking yarn or will be on the childhood reject pile. It’s the best possible grounding in Shakespeare you could hope for. 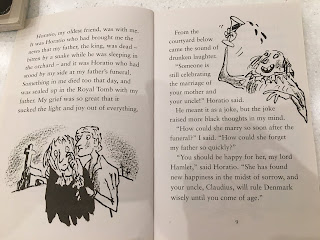 Posted by Damian Flanagan at 23:07